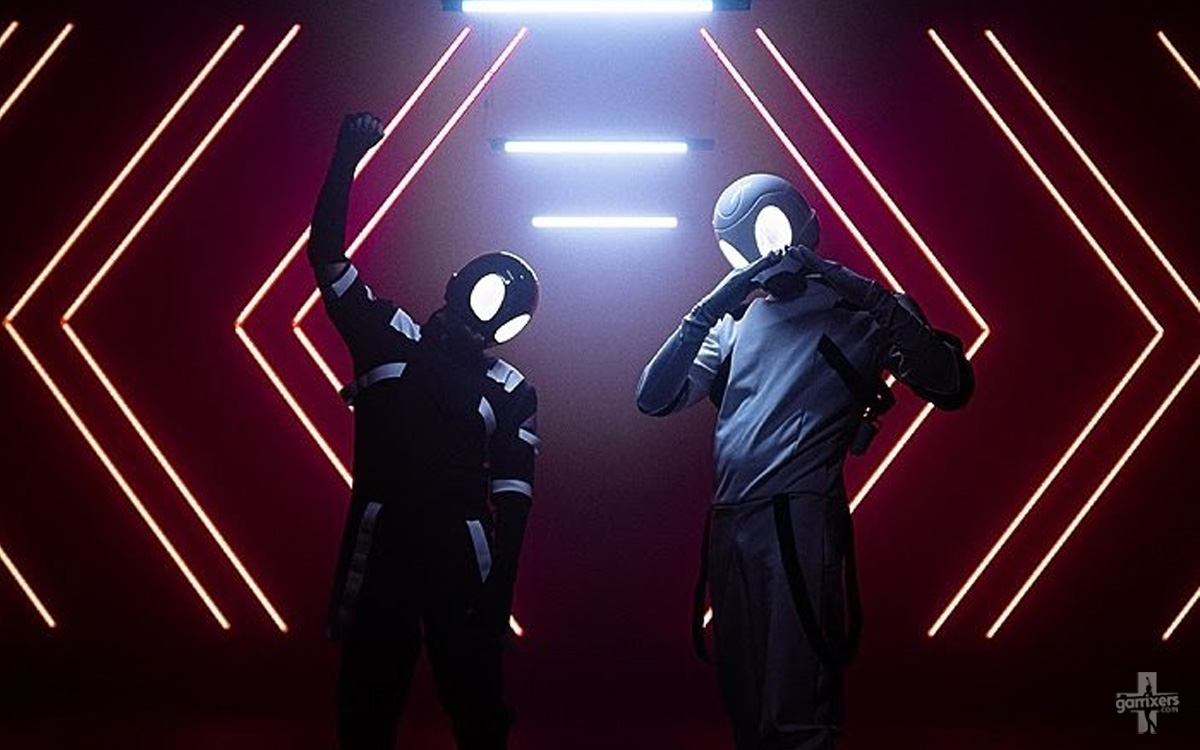 Area21 just released their debut album, Greatest Hits, Vol.1. 1883 Magazine caught up with the two aliens M&M (aka Martin Garrix and Maejor) to chat about working together, AREA21’s debut album, and more.

After mysteriously releasing their debut single back in 2016, fans of the alien duo in AREA21 have been waiting with bated breath for the release of the group’s first body of work. The duo, which consists of acclaimed DJ/producer Martin Garrix and producer/songwriter Maejor who have worked with the likes of Justin Bieber, Bono, Dua Lipa and more, are finally unveiling their long-awaited debut album Greatest Hits Vol. 1. As a duo that brings together both music, art, and the community around them, AREA21 aims to not just create & release music that feels good to their legions of fans captivated by the alien duo, but also to give perspective on societal issues like racism, climate change, and more things that impact the Earth.

This project is a few years in the making — AREA21’s debut single came out in 2016 and now, in 2021, we’re finally getting your debut album. I know the project started out of Martin’s home studio on the 21st floor of an apartment in Amsterdam, but what made you both want to pursue it as a full-fledged project rather than just releasing a song every now and then?

It was really important for us to have a full body of work because there is so much stylistic range on the album. We feel like it wouldn’t have worked if we had to compress it into something smaller.

This album is important to show the aliens’ perspective on humanity and that we’re all one. They come to earth having experiences in many other galaxies and universes where species are all working together and helping each other out. So, they are surprised about what happens when they come to earth. A lot of things that they see here are very surprising to them.

How would you describe the growth between the two of you both as artists from that first single to now with GREATEST HITS VOL 1?

Martin: AREA21 definitely made me discover sides of myself musically that I did not know about. This is also thanks to Maejor because he’s really been pushing me. Especially in the electronic world and how I started, if I made something crazy I did it just for me but not for the world to hear it. And now with this project, nothing is too crazy, and it doesn’t matter what genre it is. I definitely feel it triggered a new part of my brain which helped my other music as well.

Maejor: I completely agree. AREA21 has opened a new creativity for me. I had no experience with the electronic world at all before I met Martin. Just from that experience I learned, and it has inspired me and opened my mind to new possibilities of music.

What would you say the two of you bring to AREA21 separately?

Martin: The collaborative process between us has been very mutual and creating this album has been a pure joy. Maejor is also an amazing producer besides rapper, singer, and songwriter. So, whenever I was stuck on something I could send him the stems and he would do his thing. Or the other way around whenever he had an idea, he could put a production under there, send it to me and I would polish it. We love writing songs and melodies together. It all felt very organic and most importantly fun.

Maejor: What I love about working with Martin is that I always learn so much from him. I’m also super happy that he’s not afraid to merge different styles together. We’ve thrown every rule out of the window from the beginning. We are always playing different roles because Martin has so many different talents in music; sometimes he’s playing the guitar, sometimes he’s producing the drums, sometimes we’re writing lyrics together. It’s just a completely organic collaborative process.

It’s obvious how integral the visuals are to the entire AREA21 project, from the depictions of your alter egos M&M in the cover art, music videos, and more. What was it like collaborating with a team of over 60 artists to create the visuals?

It was absolutely amazing. We were really grateful that Titmouse was open to the collaborative process. Some of the ideas we had were so crazy that we would almost be nervous to even propose it to them. Working with Titmouse has been incredible and very inspiring, they also pushed us to a higher level creatively.

A challenge we’ve had since the start of this project was that our ideas were always so hard to convey if it was to be filmed in real life. By bringing in the animation team and Titmouse they allowed us to just completely throw any idea out there, nothing was too wild. That finally gave us the safe space to let out-of-the-box ideas be brought to life.

How did you ensure what you were thinking about when writing/recording the songs translated to the animations?

We had meetings every Monday where we did a lot of brainstorming with the animation team about how we could really emphasize the message behind some of the songs. Like Followers for example and the way the animation shows people freaking out because of the loss of their followers, but when their phones are gone the world starts smiling at them. The animations really help people to understand the message of the song. Sometimes people pay more attention to the melody and the chords than the lyrics of a song, and since the lyrics are very important to us in this project, amazingly, the animations could help us tell the story even further.

AREA21 performed for the first time ever at EDC in Las Vegas a few weekends ago to a huge sold-out crowd. What was it like to finally bring this project to fans & audiences?

Being able to play the songs with an audience, see them listen to it and experience it together was like a dream. The appearance at EDC was a very small taste of what we have in store. We’re developing a live show right now, so there’s definitely more to come.

The thread connecting all of the songs from GREATEST HITS VOL 1 is the message of unity and connection. Were these themes prevalent on the record due to being disconnected from one another during the pandemic?

Not specifically because this project has been in the making for more than 5 years already, so a lot of the songs and ideas also originate from that time. For example, Human is an old concept and so are All I Need and Pogo. Time Machine is actually one of the very first ideas. All these songs are almost a diary of different moments of our life, what we were feeling at that time and where in the world we were.

The beauty of M&M as AREA21 is that they arrived on earth and don’t understand a lot of what is plaguing society — racism, climate change, hatred, and other negative things. How has it been writing songs that analyze these things from M&M’s pure perspective as aliens?

It has allowed us to look at all these situations from another perspective. It gave us a way to talk about things from a perspective that we all relate to as humans but taking a step back and looking from an outside point of view. We can hold a mirror in front of humans and have them realize that some things are crazy if you look at it like that.

Human is a stand-out on the record, what’s the inspiration behind the song?

Human is actually one of the first songs we wrote about 6 years ago. It’s about the questions the aliens have after crash landing on planet earth and being able to spend some time here. The main question on their mind is ‘’Would you still love me if I was human?’’ We thought it would be cool to be able to look through the aliens’ eyes to see how humans are treating each other. A lot of it comes down to people being afraid of each other and having different ideas and beliefs. We wanted to make a song that hopefully makes people think of what it would look like from an outside perspective, and hopefully the aliens’ perspective of seeing humanity as one can help us to unite.

Going Home is a perfect ending track to the record. What was it about that song that made you want to close the album with it? Can you tell me a bit about the inspiration behind that song in particular?

The first song on the album talks about the aliens arriving and has lyrics such as ‘’we ain’t going home’’. But at the end of the album, they’ve had enough and are ‘’Going Home’’. They will come back at one point, but after twelve songs and all their experiences on planet earth, they’re going back home for a bit to recharge.

The song really feels like a closing song to us. At the beginning of the song there’s an important message: ‘’even though we’re coming from different worlds, home is where we are together’’. This song kind of says ‘’we’re going home, but home could be wherever we meet’’.

Lastly, what do you hope people take away from this body of work? What can people expect from M&M next?

Some songs are very serious and have a deeper meaning behind it, while other songs are just straight up fun like ‘Mona Lisa’. We’ve been working on this for so long and the project means so much to both of us, concept wise and music wise. We wanted to be able to point out certain situations in a fun way, that hopefully helps open people’s eyes a little bit while still letting them have fun and enjoy life.

M&M are going home for a little bit to recharge, but they will be back for sure! 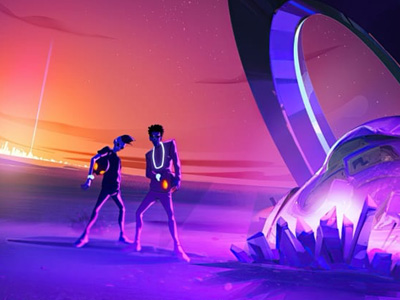 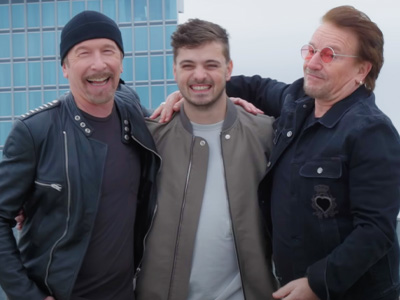 After a two-year silence, The Martin Garrix Show... // Read more... 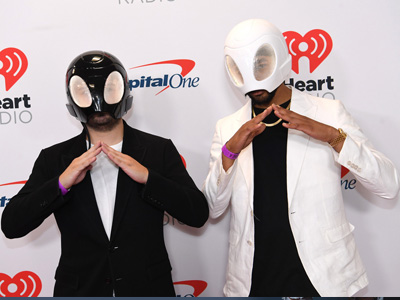