The annual Amsterdam Dance Event (ADE) brings together more than 300,000 professionals and fans from across the world to participate in conferences, debates, workshops, and concerts. Martin Garrix has given a show there every year since 2014, and 2018 was the most spectacular ever when he presented his ANIMA project to sold out venues on 19th and 20th October. Martin took care of the music, while Lorenzo Depa managed the events with long-term partner Gabe Fraboni in charge of the visual presentation. 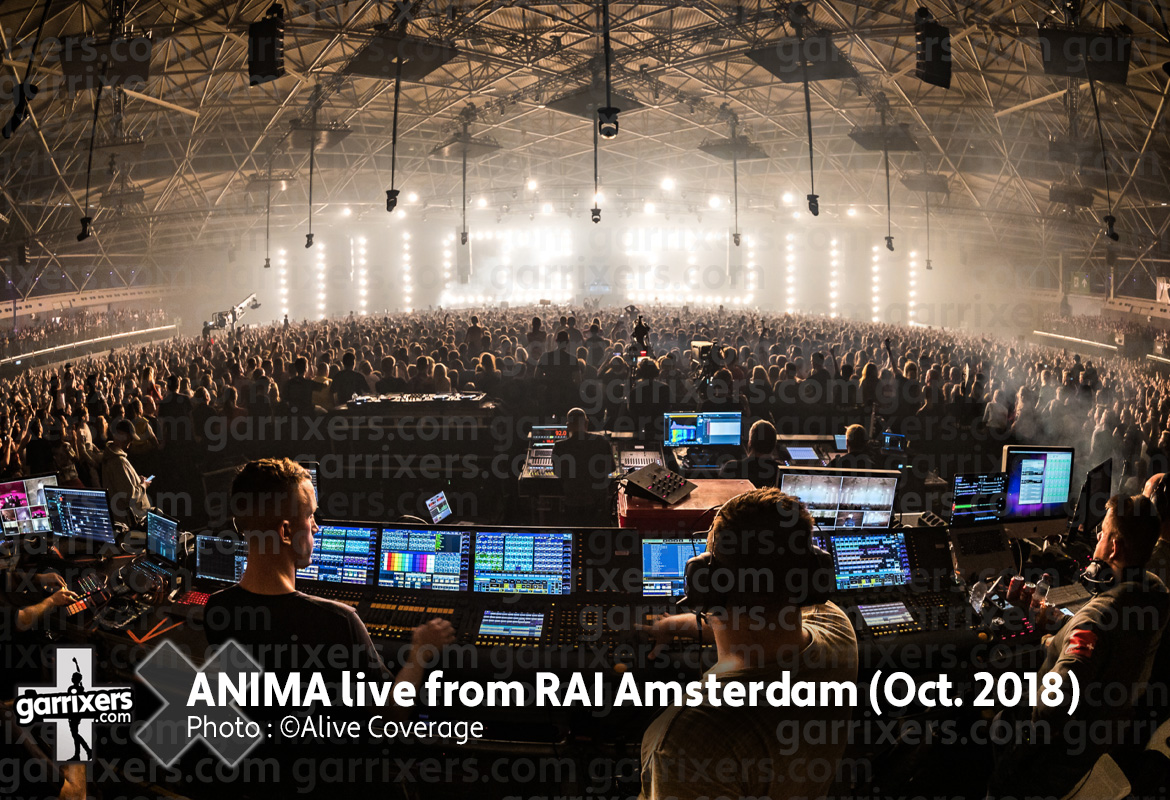 ANIMA has four chapters - Consciousness, Void, Transcendence, Worlds - in reference to this psychological term related to the psyche and the unconscious mind. It is a highly visual, dynamic show on which Team Garrix have been working since the spring of 2018. Following the Amsterdam preview it will tour the world in 2019.
The ANIMA stage features an LED wall that is 52m wide and 9m high, 10 MegaPoint(R) and 10 stroboscopes, plus 30 lasers, 76 LED stroboscopes and 121 audience blinders. On the ceiling are 30 separate sets of LEDs and light beams. All of this is handled by “light DJ” Gabe. As well, there are 20 flame machines, fireworks and confetti canons. Most importantly are the speakers and sub-woofers which put thousands of watts behind Martin’s music.

An amazingly dynamic atmosphere is created for two hours, as Martin plays his biggest tunes: Forbidden Voices, Poison, Lions In The Wild, Virus, In The Name Of Love, Ocean, Animals, Game Over, Tremor, and Forever. There are also recent tracks from BYLAW: Breach, Yottabyte, Latency, Access, and Waiting For Tomorrow, and the brand-new songs Glitch and the introduction to Mistaken (which was cut into a video sequence, so keeping up the suspense until the March 2019 release. Martin was very busy during the week of the ADE, launching his third EP “BYLAW”, his book “Life = Crazy” featuring photos by Louis Van Baar, a STMPD concert on 17th October, two ANIMA concerts on 20th and 21st October, plus the announcement that he had won the DJMag “Best DJ in the World 2018” prize for the third consecutive year. 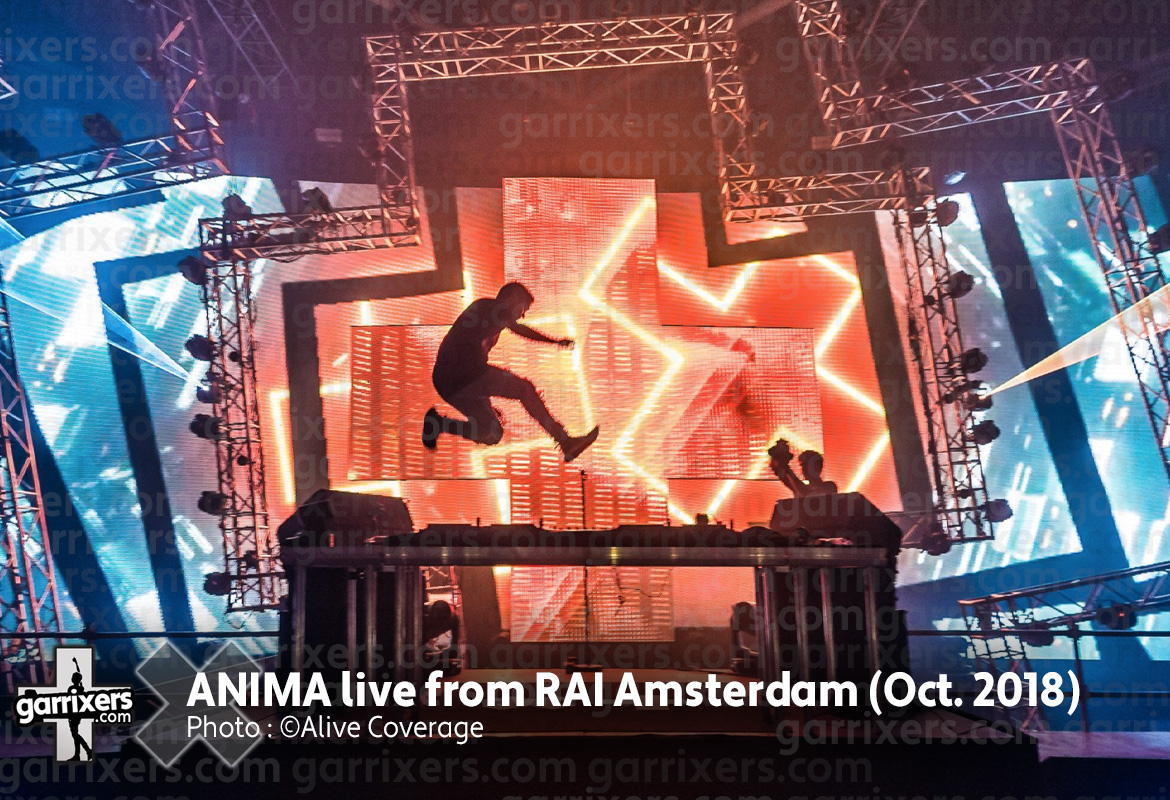 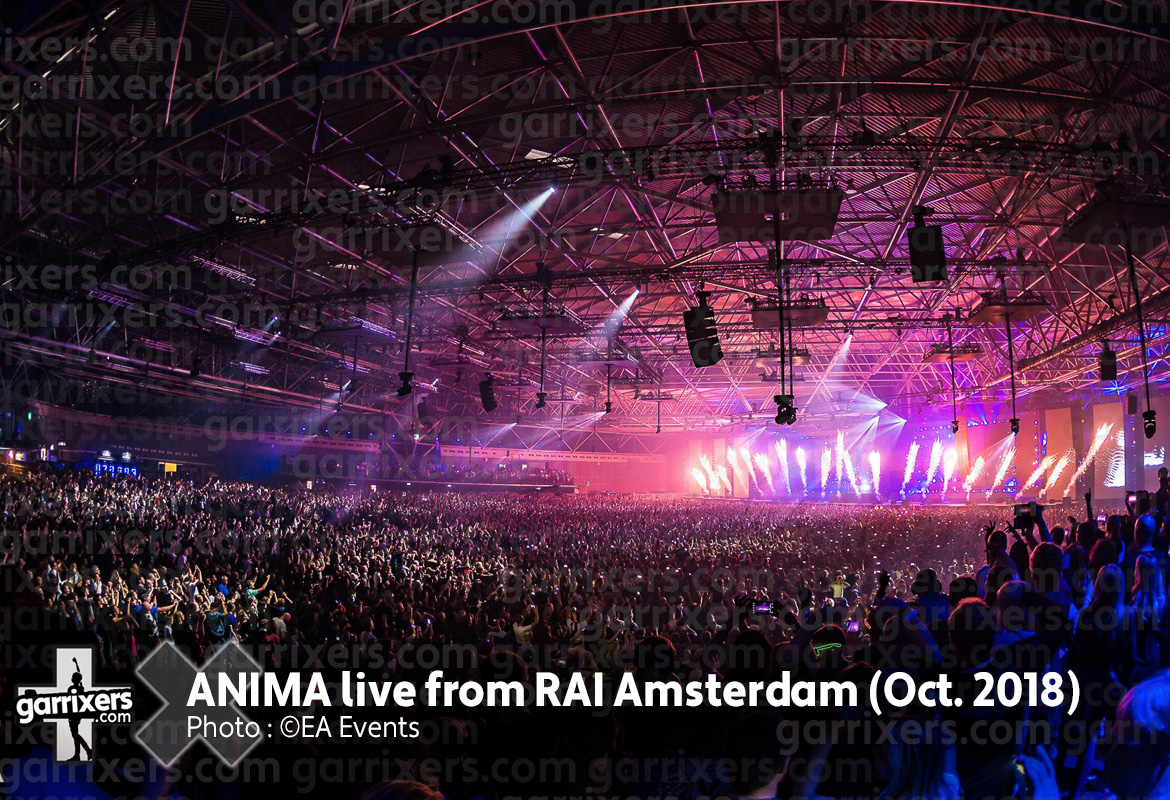